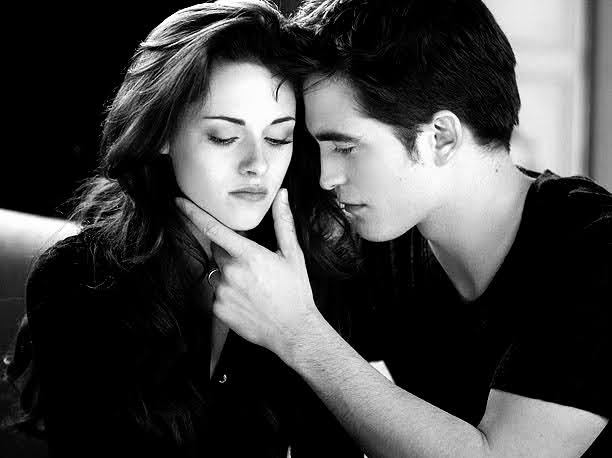 Alright guys, I must admit something to you. Granted, I never thought that I’d be writing these words today (especially four years ago), but here it goes: I am an official, unapologetic Twilight fan. Now, for those of you who are rolling your eyes, want to click off of this page, or are questioning my sanity (don’t worry I can feel your judgement through the screen), I need you to hear me out.

I was never really into Twilight when it first came out in 2008. I have vivid memories of being in the fourth grade at the time, seeing my friends read their hard copies of “Twilight”, collect some memorabilia from the franchise, and engage in the never ending Team Edward vs. Team Jacob war (I told everyone that I was team Jacob just to make the Edward fans angry and also, have you seen Taylor Lautner in those films? I mean, not that Robert Pattinson isn’t devilishly handsome but I digress).

Needless to say, the Twilight Saga wasn’t on my radar when I was younger. Fast forward to 2020 (cue the flashbacks and shudders), I finally saw the trailer for the new Batman film coming out in 2022 (so close and yet so far!). Now, if you know me well, you know that I am a HUGE comic book nerd. My close friends and family know that Deadpool, Batman, Spiderman, T’Challa, and Captain America are my boys. As I saw the trailer, I was captivated by Robert Pattinson’s portrayal of The Batman. He truly captured the essence of the troubled nature of Bruce Wayne (seriously, I recommend that you watch that trailer soon!).

After witnessing Pattinson’s alluring talent, I decided to re-watch some of his old movies, and I started with the Twilight Saga. Once I started re-watching the first film (after seeing the movie years ago as a child), I realized two things: first, the film wasn’t as bad as everyone claimed it was and second, I found myself enjoying the complex themes of relationships, teen romance, codependency, mental health, supernatural elements, and much more.

After re-watching Twilight and The Twilight Saga: New Moon (which is my favorite film in the franchise and the best one in my opinion), I decided to order Stephanie Meyer’s new book, Midnight Sun which is a retelling of the first Twilight novel but through Edward’s perspective. Long story short, I fell in love with the Twilight Saga, realized that Edward and I had more in common than I thought, and gained some very valuable friendships through a Discord server (I love those guys).

Given that long introduction, I decided to analyze a few key themes in Twilight: New Moon because they raise awareness of the effects of mental health issues on teenagers and teach us the value of having good support systems to help us navigate those tough emotions. So, without further ado, I present to you three lessons that I learned from Twilight: New Moon (warning: minor spoilers ahead for the first and second films):

For me, seeing Bella heartbroken in New Moon made me shed a few tears myself. It was after Edward and his family threw her a surprise birthday party and let’s just say, things went terrible afterward. Unfortunately, due to this incident, Edward and Bella broke up (I know I shed some tears there as well). Anyway, fast-forward to the middle of the story, Bella’s depression worsens which causes her to do some really radical things (let’s just say that cliff diving is not a viable option when trying to get over your ex-lover!). I honestly felt for Bella in this scene because I’ve also went through some rough times myself, that’s just to say that I’ve been through the ringer just like her (more on that in the future, so stay tuned).

3. Having a strong support system is key to overcoming tough emotions

God knows, even with my fair share of pain, He blessed me with a great support system. I can’t tell you how many times (believe me, I definitely can’t; even if I tried) that my friends and family came through for me; when I was lost, my close family was there; when I thought I’d never make it, my friends rallied around me; and even when I thought that 2020 stole all of my hopes and DREAMS, God sent me an awesome, impeccable, indescribable, incomparable, (I mean I could go on and on about these guys) TWILIGHT DISCORD SERVER!! Which by the way, is by far one of the BEST things to happen to me this year (again, I love you guys SO MUCH; Thanks so much for supporting me and reading my long drabble haha).

Needless to say, if I had a choice to endure 2020 all over again, I’d do it in a HEARTBEAT, if it meant that I got to gain some excellent connections like I did with this server. I must say that THE BEST IS YET TO COME!!

-For all my Twihards, this is from Sarah I. Fox, with all my love!